Not Duty Bound: Geerhardus Vos on the Covenant of Redemption

In a previous episode of Christ the Center, we threw our oar in the water on the recent discussions regarding the proposed Eternal Functional Subordination (EFS) of the Son to the Father. If you haven’t listened to the episode yet, I would encourage you to do so. One of the helpful contributions of the panelists was their call for the inclusion of the pactum salutis (also known as the covenant of redemption or the counsel of peace) in our discussions on the Trinity, especially as it helps us to properly distinguish between (1) God’s necessary processions ad intra (which cannot be otherwise) and (2) God’s free and voluntary missions ad extra (which can be otherwise).

Built into the idea of the pactum salutis are three distinct self-conscious persons (not separate self-conscious persons since that would be tritheism) within the unity of the Godhead undertaking the decrees of creation and redemption, and doing so freely and voluntarily. That moves us into the idea that even though we want to affirm without compromise that there is one God and one essential will in the Godhead, there are nonetheless also three self-conscious distinct persons hypostatically, personally willing certain things. The Father wills to send the Son; the Son wills to be sent; the Father and Son will to give the Spirit; and the Spirit wills to be given. Understanding this as a background gives you a Reformed, theological, and trinitarian-covenantal context for addressing some of these issues.

The remainder of this post will look to briefly summarize and explain some aspects of Geerhardus Vos’ formulation of the covenant of redemption from his formative article “The Doctrine of the Covenant in Reformed Theology.”

Perfect Freedom in the Trinity

The first major point Vos makes is that

the covenant of redemption is nothing other than proof for the fact that even the work of redemption, though it springs from God’s sovereign will, finds its execution in free deeds performed in a covenantal way.

The freedom of God’s execution of redemption is important because for Vos the covenant idea demands this freedom. The demand is met with the perfect freedom that dominates in the triune Being. And it dominates in the triune Being because the three persons covenanting are of absolute ontological equal ultimacy. In other words, there is no necessary or ontological subordination in which one person of the Godhead is “duty bound” to receive the covenant arrangement.

The Father doesn’t come to the Son, for example, with a covenant proposal that the Son is obligated to enter into and submit himself to on the basis of and because of his eternal generation. Rather, the Son submits freely, voluntarily and willingly to the covenant arrangement as One equally ultimate with the Father and Spirit. To say that the Son is obligated because of his eternal generation is to confuse God’s processions ad intra (which cannot be otherwise) and God’s missions ad extra (which can be otherwise).

The One, Undivided, Divine Will

In predestination the divine persons act communally, while economically it is attributed to the Father. In the covenant of redemption they are related to one another judicially. In predestination there is the one, undivided, divine will. In the counsel of peace this will appears as having its own mode of existence in each person. One cannot object to this on the basis of the unity of God’s being. To push unity so strongly that the persons can no longer be related to one another judicially would lead to Sabellianism and would undermine the reality of the entire economy of redemption with its person to person relationships.

While Vos unequivocally affirms that God’s will is one and undivided, he nonetheless is able to speak of this “one, undivided, divine will” as appearing to have a mode of existence in each person. This allows the persons to relate to one another judicially, as they do in the covenant of redemption. If we don’t allow for this, then we fall into the error of Sabellianism (which is a form of modalism).[2] We cannot pit unity over against diversity. Instead, we need to maintain the equal ultimacy of the unity and diversity in the Godhead.

The Glory of the Triune God

While we have only scratched the surface of Vos’ article, one last point is in order. After tracing the history of the covenant concept, Vos asks an important question at the outset of his study: “To what … does one attribute the fact that from the beginning this concept of the covenant appears so much in the foreground of Reformed theology?” He answers that it was the Reformed principle of “the preeminence of God’s glory in the consideration of all that has been created,” “which served as the key to unlock the rich treasuries of the Scriptures.” These treasuries of course included the great opulence of covenant theology. It is only fitting then to conclude this post with Vos’ articulation of how this Reformed principle interlocks with the covenant of redemption:

The fact that redemption is God’s work by which He wills to be glorified can in no wise be more strongly expressed than by thus exposing its emergence from out of the depths of the divine Being Himself. Here it is God who issues the requirement of redemption as God the Father. Again, it is God who for the fulfillment of that requirement becomes the guarantor as God the Son. Once again, it is God to whom belongs the application of redemption as God the Holy Spirit. In the clear light of eternity, where God alone dwells, the economy of salvation is drawn up for us with pure outlines and not darkened by the assistance of any human hand. It is a creation of the triune One from whom, through whom, and to whom are all things.

[1] Here is the full quote from Vos, “For it is only in the triune Being that that perfect freedom dominates which the covenant idea appears to demand. Here the covenant is completely two-sided, whereas before the Fall it still had to be regarded as one- sided to the extent that man, as God’s subordinate, was in duty bound to act upon the covenant that was proposed.”

[2] “Sabellius believed God is like the sun that emanates light and heat. At different points in history we see God differently, just as we experience the sun’s light and heat differently. Ultimately, Sabellius erased all distinctions between the Father, Son, and Holy Spirit, and he taught that the Father is the Son is the Spirit: in ages past, God was the Father; during Jesus’ ministry, God was the Son; today, God is the Spirit. There is no eternal, personal communion between three distinct persons. We have one God who wears three masks, not three distinct persons in relationship with one another even though they share the same essence, according to Sabellius.” http://www.ligonier.org/learn/devotionals/modalistic-monarchianism/.

Facebook
Twitter
LinkedIn
Email
PrevPreviousEternal Relations in the Trinity: A Brief Summary of the Current Controversy
NextThe Heart of Trinitarian HeresyNext
On Key 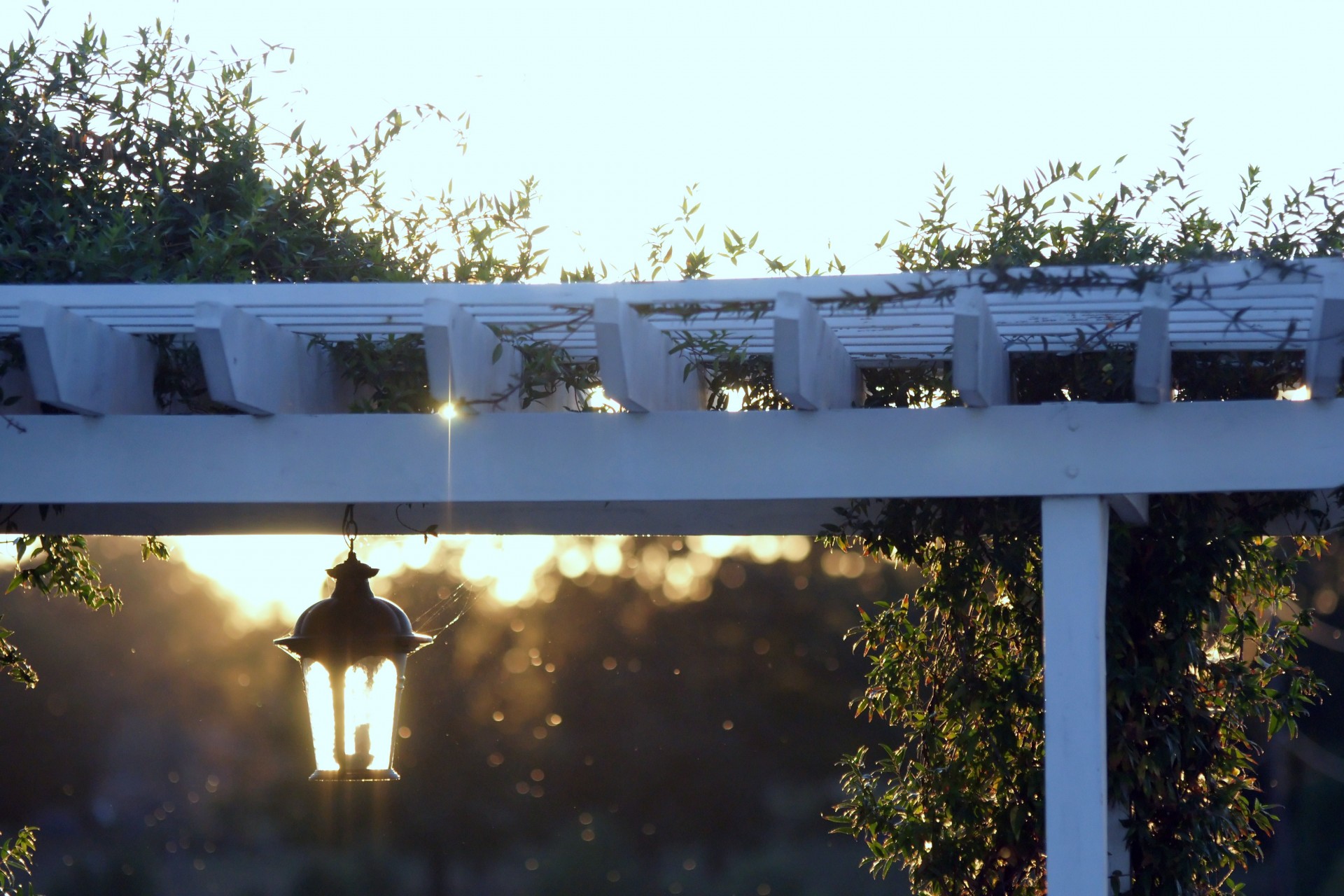 A Trellis for Trinitarian Theology

Mary was not so green when she mistook Jesus for a gardener (John 20:15). God is a gardener: he sows; he waters; he grows (Gen. 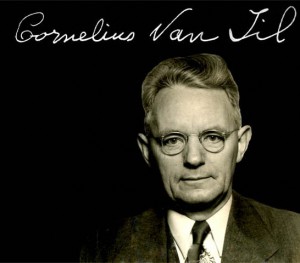 The Essential Van Til – Introduction and the Trinity

I’ve come again, afresh, to the writings of Cornelius Van Til. Lord willing, my plan is to compose a monograph on Van Til’s critique of

The doctrine of the Trinity is the architectonic principle of the whole theological and apologetic enterprise of Herman Bavinck. While it may be debated as

The Heart of Trinitarian Heresy

All heresies with respect to the Trinity may be reduced to the one great heresy of mixing the eternal and the temporal. — Cornelius Van

Eternal Relations in the Trinity: A Brief Summary of the Current Controversy

The evangelical Internet is abuzz with discussion about ad intra relations within the Trinity. Bruce Ware and Wayne Grudem have been recognized as presenting forms of Eternal Functional