Philosophers think of rational intuition as the capacity in human persons to believe (and know) certain propositions immediately, that is, without basing their belief on other evidential beliefs or logical inferences. Propositions like what is known must be believed, it is necessary that 2+2=4, and murder is wrong are intuitive because we find ourselves convinced of their truth simply by reflecting on them; we believe them because they seem to us to be true.

In his important book, Naming and Necessity, Saul Kripke argued that for something to be intuitive is “very heavy evidence.” He went on to say, “I really don’t know, in a way, what more conclusive evidence one can have about anything, ultimately speaking.” For Kripke, then, there is a definitive priority given to our intuitive seemings.

Analytic philosophy has shared Kripke’s belief in the primacy of rational intuition for much of the twentieth century, and it has definitively characterized how analytic philosophers have argued for their theories of knowledge, reality, and morals. For example, in analytic epistemology philosophers design test cases to invoke intuitions in their peers that either support or undermine various analyses of knowledge. The most famous use of test cases was by Edmund Gettier in his three page article, “Is Justified True Belief Knowledge?”

Arguably, the most widely accepted understanding of knowledge in the modern period was the justified-true-belief model. Knowledge was thought to be justified belief in a true proposition. Gettier, however, presented two test cases where a person has justified true belief, but does not seem to have knowledge. Gettier’s small paper was thought to be so powerful because of the way it showed that our intuitions contradict a prominent theory of knowledge.

The problem for philosophers since has been to develop an analysis of knowledge that does not fall prey to critiques similar to Gettier’s. So far, a multitude of philosophers have presented accounts of knowledge only to be met by a plethora of published test cases that undermine their analyses. As a result, many philosophers are now skeptical about whether it is possible to analyze knowledge.

Last month I was able to attend the American Philosophical Association’s central meeting in Saint Louis, Missouri. Although it was a common theme running through many of the lectures, the question of the reliability of our intuitions was at the forefront of the secession on philosophical methodology. Studies were presented of how people from different cultures and of different genders answered philosophical questions. These studies were intended to help determine whether intuitions are universally shared or relative to particular groups of people.

Maybe the only time everyone in the room came into agreement was when a participant paraphrased the following quote from philosopher, Peter van Inwagen: “There is no established body of metaphysical results. . . . In metaphysics . . . you are perfectly free to disagree with anything the acknowledged experts say.” It was clear from the discussion that those in the room thought that van Inwagen’s statement held true not only for metaphysics, but for philosophy as a whole.

If we are perfectly free to disagree with anything the acknowledged philosophical experts say, then perhaps it would be best to disagree with the priority they have placed on rational intuition. Any ultimate source of evidence that allows for such widespread confusion and disagreement is clearly not doing its job.

What if philosophers used Scripture as their ultimate source of evidence, and rational intuition as a subordinate source? Philosophers could then rely on the perfect Word of God to build an epistemological, metaphysical, and moral framework—like the theological framework set forth in the Westminster Confession of Faith—from which they could then address the ancient problems of philosophy. I think this is the most productive way forward for contemporary philosophy, primarily because it is the only way we can avoid being taken “captive by philosophy and empty deceit, according to human tradition, according to the elemental spirits of the world, and not according to Christ” (Col. 2:8).

I am not suggesting that Scripture is the only source of evidence that God has given to man. Rational intuition is clearly essential to everyday life and to philosophy as a discipline. What I am suggesting is that Scripture provides us with the most conclusive evidence possible, ultimately speaking, because “it is the Word of God” (WCF 1.4). 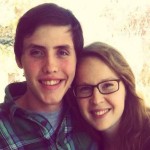 James Baird is a graduate of Covenant College with a degree in philosophy. He currently lives on Lookout Mountain with his beautiful wife, Georgia. You can follow James on Twitter at @BairdDJames.

But does not interpretation of Scripture run into the same issues with the various views being culturally conditioned?

If it was that simply then why do different cultures/time periods interpret Scripture differently? The role of women and slavery are simply two easy issues to point to on the issue of interpretation. For your view to go through, one would have to say that people didnt attempt to interpret Scripture with Scripture until very very recently.