Paul was a redemptive-historical preacher of the highest order. His theology was founded not on timeless or idealistic truths, but concrete historical events in accordance with their order, progression, and organic character. This is demonstrated, for one, in Romans 4.

In order to support his previous argument about the righteousness of God being manifest in the cross of Christ apart from the Law (3:21ff.), Paul makes a redemptive-historical downshift behind Moses to the time of Abraham in order to demonstrate that Abraham was counted righteous historically prior to his law-obedience of circumcision; therefore, his later circumcision did not obtain for him righteousness, but sacramentally sealed the righteousness he already possessed by faith (4:9-11a). The purpose of this was to make him the father of all who believe, whether circumcised or uncircumcised (4:11b-12). In other words, the historical timing of Abraham being first justified and then circumcised had a vital and determining effect on the nature of the community of faith, making room from its conception for all people who believe, whether Jew or Gentile.

This also determined the way in which the promise to Abraham and his offspring—that he would be heir of the world (κοσμος, v. 13), ultimately an eschatological kingdom reality (cf. 8:17)—would be fulfilled. The promise was given to Abraham when he possessed righteousness through faith and not through the law. This is significant because the promise was not given to Abraham in the abstract, but within a redemptive-historical context in which death had already entered the κοσμος Abraham was to inherit and was reigning over it (5:12-14).[1]

Here is the major point: the Law could not effect that which only God himself could effect. The Law was powerless to bring life from the dead, to effect resurrection—whether typologically or eschatologically. The promise, therefore, would have to rest entirely on grace, not meticulous law-keeping (4:16). It is not the adherents of the Law who are the heirs, but those who share in the faith of Abraham, a faith that believes in the God “who gives life to the dead” (v. 17), a faith that hopes against hope (v. 18).

The redemptive-historical situation Abraham found himself in when he was given the promise of inheriting the κοσμος ruled by death means that the fulfillment of this promise will require the overthrowing of death’s reign by resurrection. This draws us back to the prologue (1:3-4) in which the pattern of death to life (i.e., resurrection) was typologically seen in King David and eschatologically fulfilled in Jesus Christ our Lord. Paul now sees another earlier typological fulfillment of the promise in Abraham when the Lord brings life from his body, “which was as good as dead,” and “the deadness of Sarah’s womb” (4:19). It was not Abraham’s doing that would bring forth life—such would be impossible for him as one residing under death’s influence—but believing in God alone who could do it. This episode in Abraham’s life demonstrates typologically that the promise rests on grace, that is, God doing what he had promised apart from the contributive works of those for whom he is doing it. Notice what Paul writes with his emphasis on faith and God bringing forth life from the dead:

… in the presence of the God in whom [Abraham] believed, who gives life to the dead and calls into existence the things that do not exist. In hope he believed against hope, that he should become the father of many nations, as he had been told, “So shall your offspring be.” He did not weaken in faith when he considered his own body, which was as good as dead [νεκρόω] (since he was about a hundred years old), or when he considered the deadness [νέκρωσις] of Sarah’s womb. No unbelief made him waver concerning the promise of God, but he grew strong in his faith as he gave glory to God, fully convinced that God was able to do what he had promised. That is why his faith was “counted to him as righteousness (4:17-22)

The problem is that Abraham eventually closed his eyes and entered the grave, as did his child of promise, Isaac, and all of his descendants after him, including all the Levitical priests and Davidic kings.[2] Therefore, the bringing forth of life from the as-good-as-dead body of Abraham typified what God would accomplish in his greater offspring in whom the promise would be fulfilled on an eschatological level, namely, Jesus Christ.

It is important to recognize also that the kingly elements we noted of Adam as the vice-gerent of the Lord in Genesis 1-3 and of Christ as David’s greater Son in Romans 1:3-4 are not absent from Abraham and his offspring. Abraham himself is promised in connection with inheriting the nations that kings will come from him (Gen. 17:6, 16). This promise is repeated to Jacob (Gen. 35:11) and Israel as a nation is designated a kingdom of priests (Exod. 19:6). On this basis, we can say that the resurrection life of Abraham was one of reigning over the κοσμος—the κοσμος God created (1:20) and judges (3:6) and which is accountable to him (3:19). In other words, Abraham was not to inherit the κοσμος in isolation from God, but so as to share in God’s rule over it. God does not relinquish possession of the κοσμος, nor transfer it from himself to Abraham, but brings Abraham to share in his rule over it by grace. The eschatological king that would come from the loins of Abraham would go beyond returning to the protological situation of Adam sharing in God’s reign; he would propel it to the eschatological heights of an everlasting inheritance beyond the possibility of Sin and Death ever again entering. In short, the inheritance obtained in the resurrection of Christ is not to be thought of apart from God who both promises it, accomplishes it, and consummates it in communion with his people by grace alone.

Romans 1:3-4 proclaims that the king who was to come from Abraham has indeed come in the person of Jesus Christ our Lord. Having been enthroned over the eschatological kingdom, he administers his kingdom along with his inheritance (8:12-17) by means of his Gospel Word and Spirit. This gospel is his kingdom power in which the righteousness of God is manifest apart from the Law. And as was the case with Abraham, so it is to be received by faith as the power of God for salvation, so that “the righteous shall live by faith” (Rom. 1:17). The declaration in Scripture of Abraham’s possession of righteousness through faith, therefore, was “not written for his sake alone, but for ours also” (4:24). Paul continues, “It will be counted to us who believe in him who raised from the dead Jesus our Lord, who was delivered up for our trespasses and raised for our justification” (4:25). In this way, the kingdom life of those united to Christ by the Spirit through faith rests entirely on grace alone, on God doing what he promised he would do in bringing life from the dead.

[1] This is significantly different from Adam’s pre-redemptive historical context when the promise of life had been originally given in the covenant of works. It would be through Adam’s disobedience that death would begin to reign over the world.

[2] The same problem of death is true of the Davidic kings who are promised an everlasting throne and eternal kingdom (2 Sam. 7:16) and the Levitical priesthood as the book of Hebrews makes apparent (Heb. 7:23). This is because they all existed in the mode of the flesh, which was subject to death. Eschatological fulfillment required the attainment of incorruptible life in the power of the Spirit, as “Jesus Christ our Lord” obtained (Rom. 1:3-4).

Facebook
Twitter
LinkedIn
Email
PrevPreviousThe Eschatological Aspect of the Pauline Conception of Life
NextSaved by the Life of God’s Son (Romans 5:1-11)Next
On Key 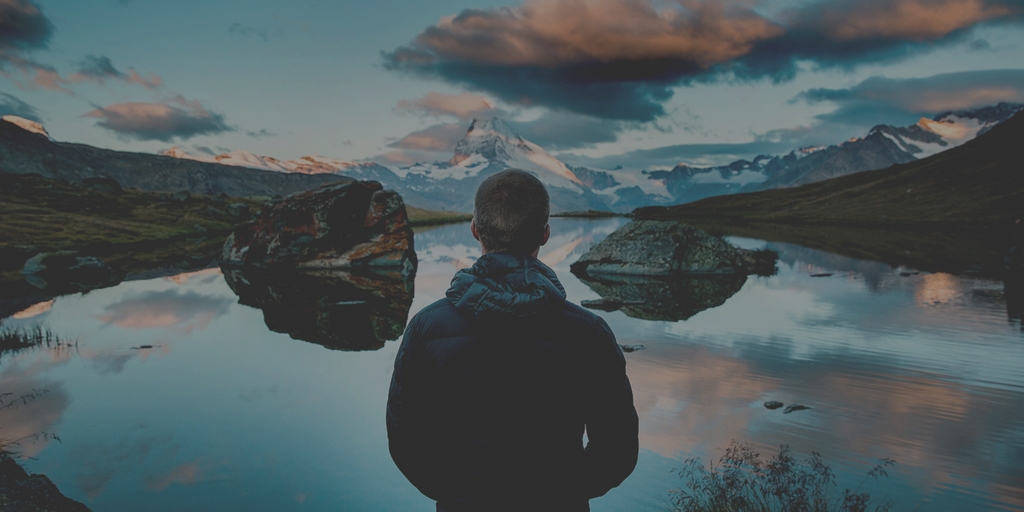 Paul’s letter to Philemon is the gospel in street clothes; it’s the gospel on the ground and at work in real life. It’s for this