Tullian on “Failure,” the Law, and the Gospel

Tullian Tchividjian posted strong words against Jen Wilkin’s TGC article, “Failure is Not a Virtue.” He says the article contains “theological muddiness,” but he intends to “dive beneath the surface and explore her post at a deeper theological AND existential level.” According to him, it reveals “deep theological confusion” and she “fails to deliver the real bad news which prevents the reader from hearing (and being relieved by) the real good news.” The article (or something like it) may be “theologically AND existentially simplistic and naïve.”

Regarding his particular response post to Jen, two distinct but related questions arise: 1) Does Jen Wilkin’s article display all the weaknesses that Tullian claims? and 2) Does Tullian understand Jen’s article?

Mike Kruger of RTS Charlotte addressed those two questions in a superb analysis of Tullian’s post. He walks us through Tullian’s post and demonstrates how Tullian focuses only on the second use of the law, ignoring its third use. And Mark Jones has openly asked Tullian to debate these points at a forum of his choosing.

In most of his writing, Tullian demonstrates clear concern for the believer through his or her struggle with sin. He knows many Christians who have experienced real pain from ongoing guilt, and from the crippling shackles of legalistic thinking. For anyone who has witnessed and ministered to believers who fight every day to shake the heavy burden of legalism off their back, we can stand shoulder to shoulder with Tullian’s concern to lead believers to Christ-centered joy.

In response to Jen’s article, Tullian says he has “never encountered a Christian who ‘celebrates failure.’” I have no reason to suspect otherwise, so point well taken, but I’m not sure Tullian understands the spirit of Jen’s phrase “celebratory failurism.” “Celebratory” may be hyperbolic. Granted. Let’s go with “sanctioning failure,” because Tullian himself says on many occasions that Christians are “free to fail.”

“Fail.” Tullian has mentioned that we are “free to fail” here, here, and here again where he re-posts his identical previous post, “Does Grace Make You Lazy?” Tullian can mean two different things by this word “fail”—he either means failing at something amoral, like doing a cartwheel or mastering calculus, or he means failing to keep God’s law, which is by definition sinning. If he means the former, his point becomes moot, because Christ did not die for our amoral failures at particular skills and abilities, he died for our sins. If by “fail” he means “sin,” he has quite a bit of explaining to do. “Free to sin” sounds foreign to Scripture’s teaching on sin. “Are we to continue in sin that grace may abound? By no means!” (Rom. 6:1-2), to quote one verse out of several that says the exact opposite of Tullian’s phrase. Though he quotes Rom. 8:31ff to support his overall argument, that passage speaks about believers from the standpoint of their election and their justification. Paul does not discuss sanctification in that section; he focuses on Christ’s accomplished work, and on trials that are thrust upon believers. Tullian’s misunderstanding of the passage misses Paul’s pastoral punch.

So how did Tullian get there if Scripture communicates in such a clear way that we are not free to sin? Tullian perpetually posts on the topic of “law and gospel.” He quotes Beza on law and gospel in his response to Jen (and has used that same quote three times previously on his blog here, here, and in an interview with Mike Horton here). He also quotes Machen (again, a quote he has used three times previously (here, here, and here). On the Machen quote in particular, Tullian cuts and pastes selectively from Machen’s What Is Faith? The quote rings true on its own (part of the reason for its perpetual reappearance on twitter), but has a broader context necessary for understanding its full meaning:

The truth of Christianity cannot be established by the intellect unless an important part of the argument is based upon the fact of sin which is revealed by the law of God; the beauty of Jesus, which attracts the gaze of men, cannot be appreciated without a knowledge of the holiness upon which it is based; the companionship of Jesus is possible only to those who say first, in deep contrition; “Depart from me; for I am a sinful man, O Lord”; the example of Jesus is powerless to those who are in the bondage of evil habit, and it is not even a perfect example unless He be the divine Redeemer that He claimed to be. The true schoolmaster to bring men to Christ is found, therefore, now and always in the law of God— the law of God that gives to men the consciousness of sin.

A new and more powerful proclamation of that law is perhaps the most pressing need of the hour; men would have little difficulty with the gospel if they had only learned the lesson of the law. As it is, they are turning aside from the Christian pathway; they are turning to the village of Morality, and to the house of Mr. Legality, who is reported to be very skillful in relieving men of their burdens. Mr. Legality has indeed in our day disguised himself somewhat, but he is the same deceiver as the one of whom Bunyan wrote.

“Making Christ Master” in the life, putting into practice “the principles of Christ” by one’s own efforts these are merely new ways of earning salvation by one’s own obedience to God’s commands. And they are undertaken because of a lax view of what those commands are. So it always is: a low view of law always brings legalism in religion; a high view of law makes a man a seeker after grace. (J. Gresham Machen, What Is Faith?, p. 141-142)

So Machen’s point does not pit law and gospel against each other, but pits legalism’s law against Christian law.

Tullian’s reason for saying we are “free to fail” is that “Jesus succeeded for you.” Jesus most certainly succeeded for us, but Tullian takes that truth and draws a false implication from it, confusing what Christ redemptively accomplished in history from how it applies redemptively in the life of individual believers. The redemption Christ accomplished in history comes to us through union with him, which then gives us the redemptive benefits of justification, sanctification (both definitive and progressive), and adoption in Christ. Tullian’s concern over sin and guilt in the Christian life falls under the topic of progressive sanctification, but Tullian intentionally gives only one solution for progressive sanctification within the Christian life: “the law can instruct, but only grace can inspire,” “grace and grace alone carries the power to inspire what the law demands.” He eliminates the law as an option for motivation in the Christian life: “Telling people to change can’t change them,” “Nowhere does the Bible say that the law produces love. Nowhere.” (Actually, the Bible speaks more strongly than what Tullian rejects; Psalm 119: 97ff talks about loving the law itself, which includes love towards others and towards God.) Tullian also advocates an understanding of sanctification that is only passive: “What causes actual love for God is God’s love for us,” and “sanctification consists of an increased realization of our weakness and just how much grace we need.” Both of those statements are true, but they are not exclusively true. He eliminates as possibilities other elements of the sanctified Christian life that involve effort,

Strive for peace with everyone, and for the holiness without which no one will see the Lord. (Heb. 12:14),

Therefore, my beloved, as you have always obeyed, so now, not only as in my presence but much more in my absence, work out your own salvation with fear and trembling, 13 for it is God who works in you, both to will and to work for his good pleasure. (Phil. 2:12-13),

and keeping the law,

Love does no wrong to a neighbor; therefore love is the fulfilling of the law. (Rom. 13:10).

Though I have no doubt Tullian’s heart burns to help believers in their struggle with sin and guilt, true compassion carries with it both intent and content. The former should be pure, and the latter should be true. Tullian’s content, while pure in intention, ends up being less compassionate, because he feeds his readers less than the whole truth of Scripture’s teaching on both the law and the gospel. 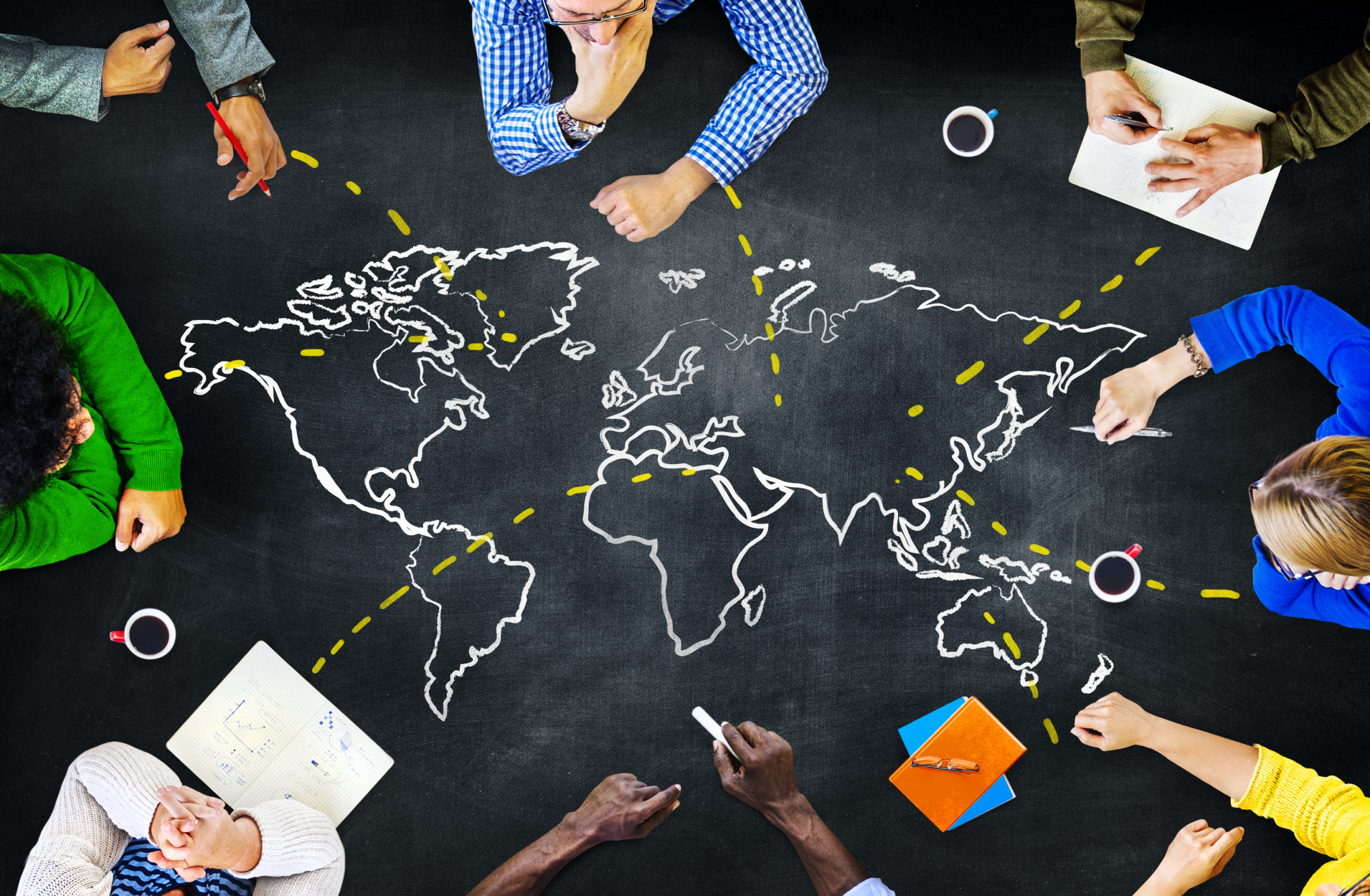