Communion Prayers in the Ancient Church 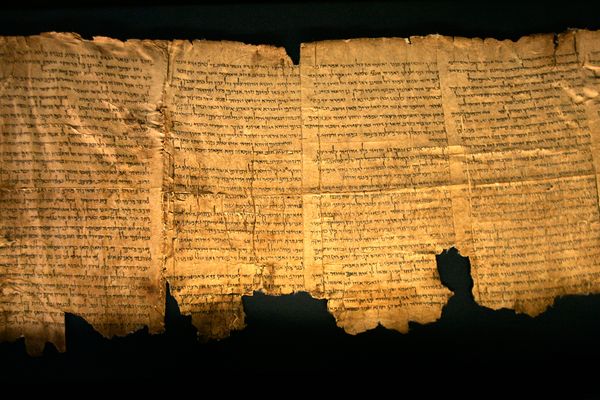 In 1873, “Archbishop Philotheos Bryennios was browsing in the library of the Greek Convent of the Holy Sepulchre in Istanbul when, by chance, he noticed the text of the Didache hidden away within a bound collection of early church writings.”[1]

Almost overnight, scholars in Europe, England, and America expressed their complete astonishment that such an ancient and important work had finally surfaced. When the first English translation prepared by Hitchcock and Brown was released on 20 March 1884 in New York bookstores, five thousand copies were sold on the first day.[2]

If the Reformers are correct in assuming that the fountain stream of liturgical tradition is purest at its head, then the Didache may very well preserve the purest example of the celebration of the eucharist in patristic literature.

Hughes Oliphant Old does not exaggerate its value when he refers to it as “the most important document we have concerning the celebration of Communion in the earliest days of church history.”[3] The Didache represents the springtime of the liturgy and portrays a “picture of Christian worship in its simplest and purest form.”[4]

The Didache presents evidence of the utmost significance for the study of the origins of Christian liturgy and worship, since it offers the earliest picture of baptism (7–8) and eucharist (9–10) in the early Church. It differs strikingly from traditional pictures and later practice, offering a markedly Jewish emphasis. Moreover, since liturgical practice was likely to be long established in the community before it was written down and collected in the Didache, it offers witness to a practice pre-dating the text by some time.[5]

The rediscovery of the Didache provides a critical resource for doing precisely what the sixteenth-century Reformers aspired to do, namely, “reform the church’s worship in light of the Biblical witness and the practice of the ancient church.”[6]

What we find in the Didache is a discretionary liturgy much like the liturgies produced in the Reformation era by Martin Bucer, John Calvin, and John Knox. A discretionary liturgy does not prescribe the reading of set forms but provides sample forms that could, in fact, be recited verbatim, yet it also allows the minister a large measure of freedom to frame his own prayers, provided that those prayers are in keeping with the liturgy.[7] That is, a minister could either use the prayer forms or pray “in like effect, as the Spirit of God shall move his heart.”[8]

Freedom in public prayer continued for the first few centuries of the church but was later restricted to prevent unorthodox bishops from using heretical expressions.

In the earliest days it is clear that the bishop was free to compose the eucharistic prayer for himself. … Hippolytus provides a specimen prayer, but adds that a bishop need not use it, provided that his own prayer is orthodox. By the end of the fourth century, unorthodox prayers were becoming a problem in North Africa, leading to the imposition of controls; and finally in 535 the emperor Justinian insists that no one should be consecrated bishop until he can repeat the prayer by heart, which implies the existence of an accepted text for him to learn.[9]

This accounts for why we have so few liturgical texts prior to the fourth century. Christians “generally do not seem to have written down their prayers but preferred oral transmission and improvisation.”[10]

The prayer forms in Didache 9–10 provide the structure, framework and basic content for the eucharistic prayers of the community, but they were not regarded as fixed formulas that had to be recited at each celebration of the eucharist.

Below is my translation of the eucharistic prayers in Didache 9–10. The theology expressed in these prayers is very rich and full of redemptive-historical connections, especially between King David and Jesus Christ.

9:1Now concerning the eucharist, give thanks in this manner:

We give thanks to you, our Father, for the holy vine of your servant David, which you have revealed to us through your servant Jesus. To you be the glory forever. Amen

3And concerning the broken bread:

We give thanks to you, our Father, for the life and knowledge, which you have revealed to us through your servant Jesus. To you be the glory forever. Amen

4As this broken bread was scattered upon the hills and, having been gathered together, became one, so may your church be gathered together from the ends of the earth into your kingdom. For yours is the glory and the power through Jesus Christ forever. Amen

(5But let no one eat or drink from your eucharist, except those who have been baptized in the name of the Lord, for concerning this, the Lord has likewise said, “Do not give what is holy to the dogs.”)

10:1Now after being filled, give thanks in this manner:

2We give thanks to you, holy Father, for your holy name, which you have caused to dwell in our hearts and for the knowledge and faith and immortality which you have revealed to us through your servant Jesus. To you be the glory forever. Amen

3You, almighty Master, created all things for your name’s sake. To all people, you have given both food and drink to enjoy, in order that they might give you thanks. But to us, you have freely given spiritual food and drink and eternal life through your servant Jesus.

4Above all, we give you thanks because you are mighty. To you be the glory forever. Amen

5Remember your church, O Lord, to deliver her from all evil and to perfect her in your love and to gather her together as the holy one from the four winds into your kingdom which you have prepared for her. For yours is the power and the glory forever. Amen

6May grace come, and may this world pass away. Hosanna to the son of David! If anyone is holy, let him come. If anyone is not, let him repent. Come, Lord! Amen.

(7But allow the prophets to give thanks as long as they wish.)

[8] This is from Knox’s liturgy; see The Genevan Book of Order (Presbyterian Heritage Publications, 1993) online at http://www.swrb.com/newslett/actualNLs/GBO_ch04.htm.

St. Gregory of Nyssa, Anti-Apollinarian Writings. The Fathers of the Church: A New Translation, vol. 131. Translated by Robin Orton. Washington: The Catholic University of