On the “Who is Reformed?” Question: Choosing a “What” Over a “Who”

On the “Who is Reformed?” Question: Choosing a “What” Over a “Who”

With the growth of Reformed ideas comes a jockeying to define what “Reformed” is and is not; or more frequently, who is and who is not. One hot topic has been whether Baptists have a right to plant their flag on Reformed turf. Those who answer in the negative are typically under the mistaken impression that they own the title and deed to the bulk of Reformed real estate. Many well-known authors and speakers have fallen into the hands of self-appointed Reformed gatekeepers who frequently give a thumbs up or thumbs down on others’ Reformed status.

Counting myself squarely in the “Reformed” camp, I have wrestled with how to sort out this question of who is and isn’t Reformed, and I’ve recently realized that, in one sense, it’s kind of a stupid question. People in generally Reformed circles have a complex set of overlapping, intersecting, and systemically complex beliefs, so asking them to stand single file in one of only two lines does not reflect that complexity.

Instead of placing someone in the Reformed bin or in the non-Reformed bin after a clunky evaluation process, we better serve the person and his or her nuances by evaluating specific beliefs. That method of evaluation should involve a comparison of beliefs to Reformed confessions and creeds, as well as those works that have endured within the Reformed tradition. And for a reminder, all those Reformed confessions and books are only as true as the biblical passages and principles from which they are derived. Pondering whether someone is Reformed is like asking whether someone is “biblical.”

Consider a few benefits to evaluating (when necessary) the beliefs of a person rather than that person in his or her entirety:

I hold this general principle loosely, and at a basic level I’m simply seeking to make a linguistic, terminological point rather than a doctrinal one. I certainly call myself Reformed in ordinary language. I have said things like “B.B. Warfield is Reformed,” “many Reformed theologians…” and other obviously appropriate statements. I subscribe to the Westminster Standards. But when we observe significant swaths of churchgoers who are on their way to a more robust Reformed theology, a complexity that accompanies the current theological flux within Reformed circles should be reflected in our use of the “Reformed” label. 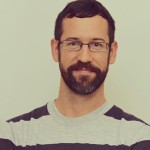